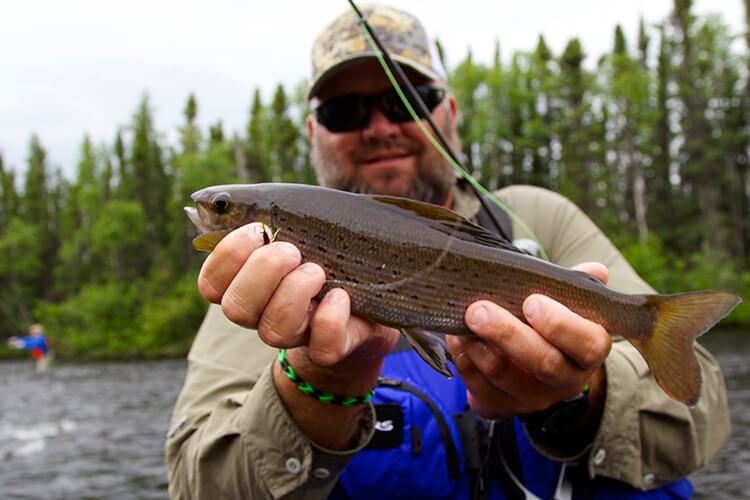 Although Alaska may come to mind when thinking about Arctic grayling fishing, many anglers are surprised to learn that Saskatchewan also offers several opportunities to catch the unique salmonid. As their name suggests, the Arctic grayling is found in the world’s northernmost reaches and isn’t a typical specimen. It is often a bullet point on many angler’s bucket lists because of its relatively rare occurrence. These fish need cold, clean, and clear water to survive, making Northern Saskatchewan one of the most habitable areas for them to thrive. As such, Minor Bay Lodge wants to give you the inside scoop on what to expect when targeting these highly coveted gamefish.

An Introduction to Arctic Grayling

Not many anglers can say they’ve caught an Arctic grayling. That is because they aren’t a widespread species and require particular environmental conditions to survive. These freshwater specimens are closely related to salmon and are often referred to as “the sailfish of the north” thanks to their large dorsal fin. Found in Arctic drainage waters, these fish natively inhabit Hudson Bay to Alaska and as far south as Montana. The largest recorded grayling came in at 76 cm (30 in) and 3.8 kg (8.4 lbs). Arctics that are caught and released by our guests average about 15 inches. Stocking efforts in the United States have produced some small populations of Arctic grayling, but they tend to be smaller than their native counterparts. Thankfully, our Saskatchewan fishing lodge grants access to these rare and beautiful salmonids.

The grayling in our neck of the woods mainly inhabit the frigid waters of medium to large rivers and lakes. They’ll return to the rocky streambeds to breed each year before overwintering in Wollaston Lake and migrating up the tributaries to spawn. Visitors can target grayling by wading in the river or taking out one of our kayaks. The most attractive lures that garner the most success are small spinners, jigs, and spoons. Flies can also be highly effective during the mid-summer when insects and other invertebrate populations increase dramatically. We recommend ultralight spinning tackle and 3 to 4 weight fly rods.

The information provided above should help you understand how you and our Saskatchewan fishing guides will target Arctic grayling—one of many species found at Minor Bay Lodge. Part of what makes our camp stand out from the rest of the Canadian fishing lodges is our location and our dedication to providing a personalized guest experience in the pristine wilderness. With a purposefully restricted maximum capacity in a secluded setting, very few lodges can match Minor Bay. For more information or to make a reservation, please contact us online or call 888-244-7453.