Arctic grayling is a freshwater fish in the salmon family. Grayling are often called the
“Sailfish of the North” due to their over-sized, sail-like dorsal fin. Arctic grayling are
found in Arctic Ocean drainages from Hudson Bay to Alaska and in Arctic and Pacific drainages to central Alberta and British Columbia.

Arctic grayling mainly inhabit cold waters of mid-sized to large rivers and lakes,
returning to rocky streams to breed. Grayling overwinter in Wollaston Lake and migrate up tributary rivers to spawn in the spring in shallow areas with fine sand substrate and moderate current.

The largest recorded Arctic grayling had a length of 76 cm (30 in) and a weight of 3.8 kg (8.4 lb). Grayling caught-and-released by our guests range from 12 – 18 inches. The average lifespan of Arctic grayling is 18 years, but have been known to live as long as 32 years.

Minor Bay’s guests can angle for grayling by either wading the river or paddling the
river in one of the lodge’s kayaks. Favourite lures for grayling are small spinners, lightweight jigs, small spoons as well as dry and wet flies. During mid-summer when insects are plentiful, grayling rise to the surface to feed, making dry flies an effective angling method. Ultralight spinning tackle and 3 – 4 weight fly rods are recommended tackle. 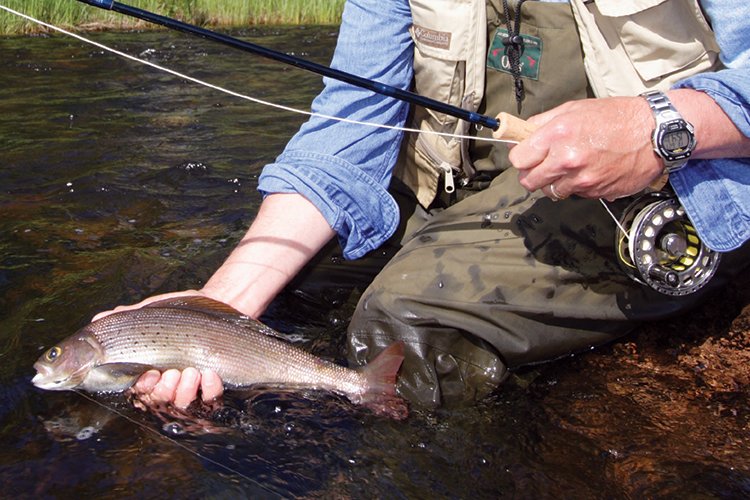 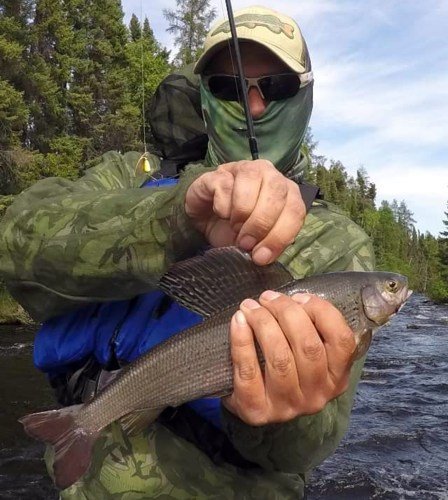 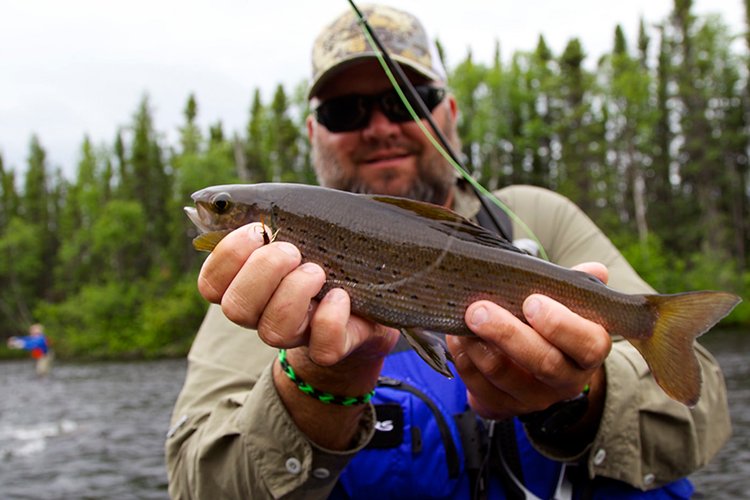