Northern pike are prized by sport anglers due to their aggressive nature and determined fight. The common name “pike” comes from their resemblance to the medieval pole weapon commonly used by infantry in the middle ages. Pike inhabit fresh water rivers and lakes of the northern hemisphere.

Pike are ambush predators, lying-in-wait for long periods of time, with high-energy bursts of speed when attacking their prey. Pike are territorial and the larger the pike the larger the territory it controls. The larger the pike, the less cover vegetation it requires, as the threat from other fish decreases with size.

Pike spawn in the spring immediately after ice-out when the water temperature reaches 9 o C (48 o F). Spawning areas are normally shallow, weedy bays and marshy areas that may only hold water in the spring. Male pike arrive in the spawning areas before the females and stay longer. Pike are capable of spawning at around two years of age.

Typically, northern pike live 10 to 15 years, but are known to live up to 25+ years. The pike’s lateral line detects the vortices in the water produced by its intended prey.

Lures that imitate these vibrations are effective in triggering a strike by a northern pike. Pike attack their prey from the side, immobilize them, then turn the prey to swallow it head-first.

Wollaston Lake offers anglers both quality and quantity when it comes to angling for northern pike.  Minor Bay Lodge is located right in the heart of prime northern pike habitat on Wollaston Lake, which makes it an ideal base for your pike fishing adventure. 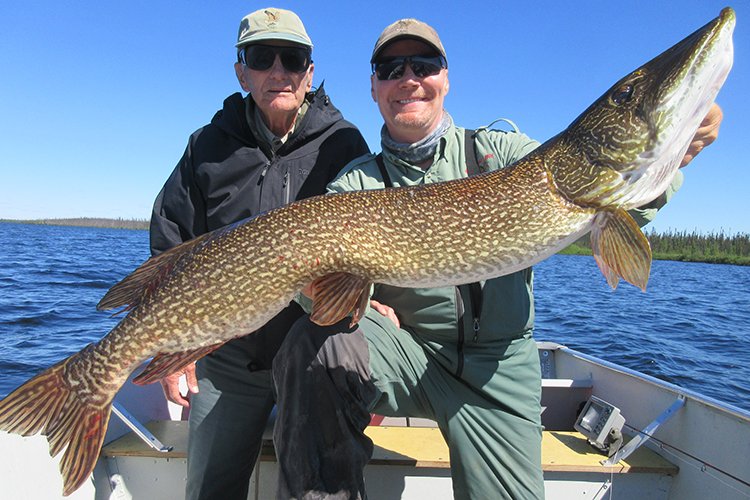 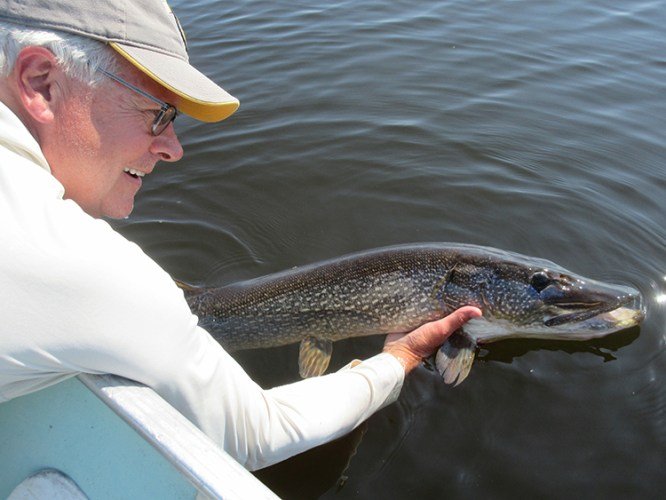 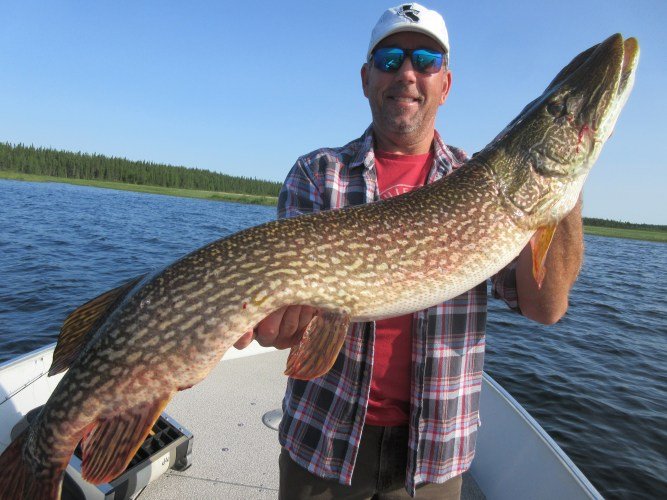 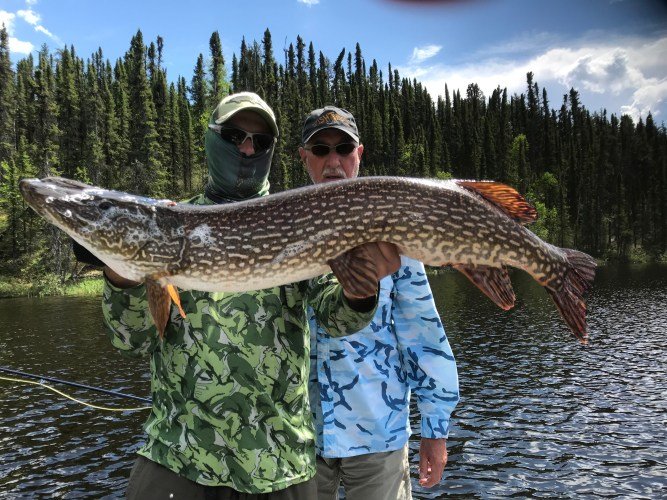 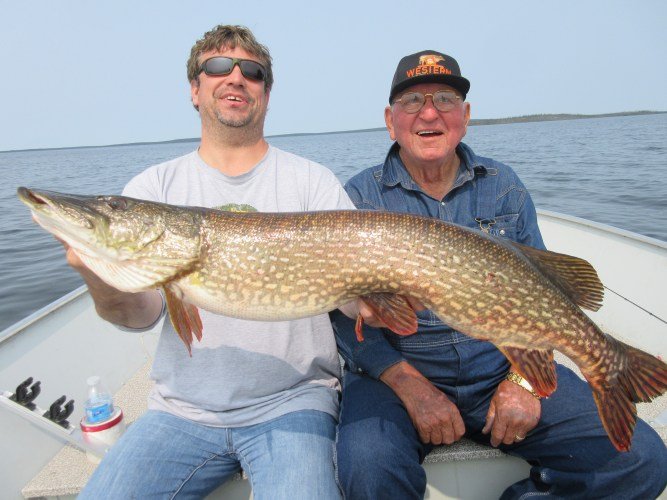 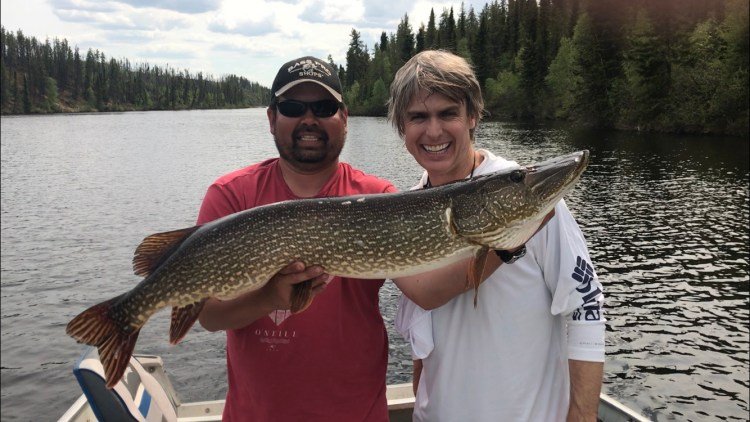 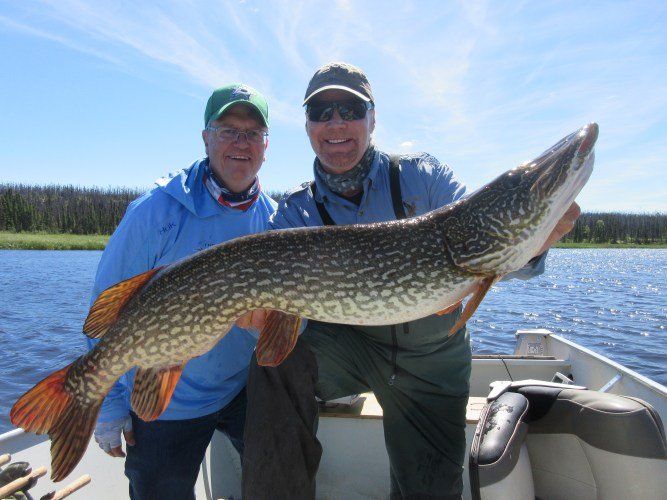 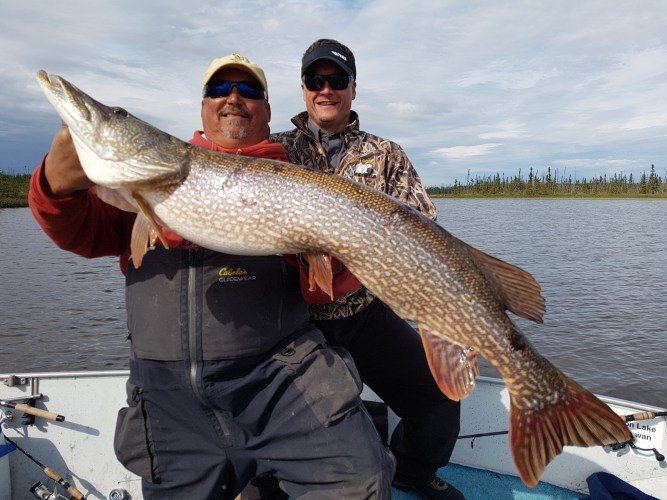