Walleye, native to most of Canada and to the northern United States, is one of North America’s premier sportfish, due to its appeal as a . It is also known as yellow pike or yellow pickerel.

The common name walleye comes from the fact that the fish’s eyes point outward. Walleye have a light gathering layer in their eyes, allowing them to see in low-light conditions. Their good vision gives walleye an advantage over their prey in stained or rough waters, in deeper waters and at night. Walleye typically feed under low light conditions, on cloudy or overcast days or in choppy water, when the light entering the water column is disrupted. Prime feeding times for walleye are early morning and late evening when light levels are low. When it is sunny, walleye move in schools to deeper, shady areas.

In late winter or early spring walleye migrate to tributary streams to spawn, laying their eggs over gravel and rock. Spawning occurs at water temperatures of 6 to 10° C (43 to 50° F). During the summer months, when the surface temperature of the water increases and the sun more readily penetrates the surface layers of the water, walleye tend to move deeper in the water column.

Since walleyes have excellent vision under low light levels, they tend to feed more extensively at dawn and dusk, on cloudy or overcast days, and under choppy conditions when light penetration into the water column is disrupted.

In darkly stained or turbid waters, walleyes will feed throughout the day In the spring and fall, walleyes are found near the shallower areas close to the spawning grounds. They are also found in shallower areas during higher winds due to the murkier, higher oxygenated water at around six feet deep. On calm spring days, walleyes are more often located at the deep side of the shoreline drop-off and around shore slopes at about 10 feet, or deeper.

Wollaston Lake is at the northern extremity of the walleye range and the walleye tend
to be larger on Wollaston, with fish in the mid-to-high 20-inch range being fairly
common. There are a number of good walleye fishing areas within a 30-minute boat
ride from the lodge. 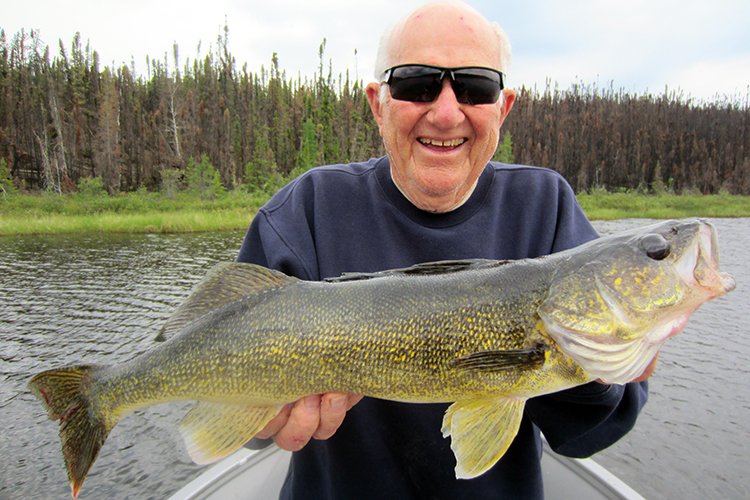 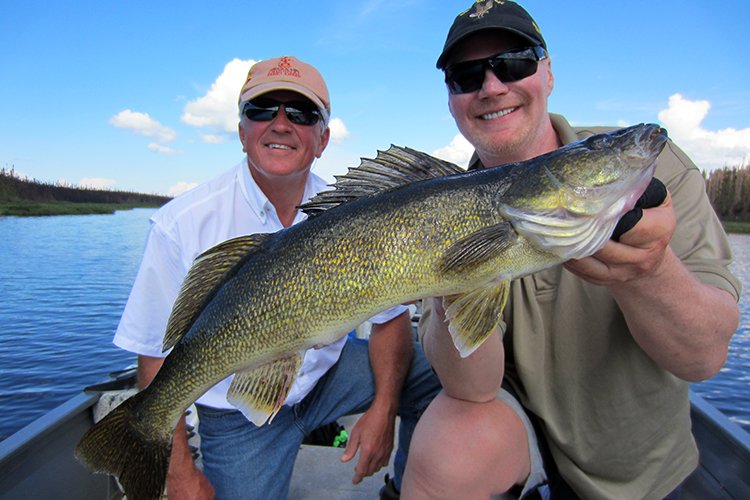 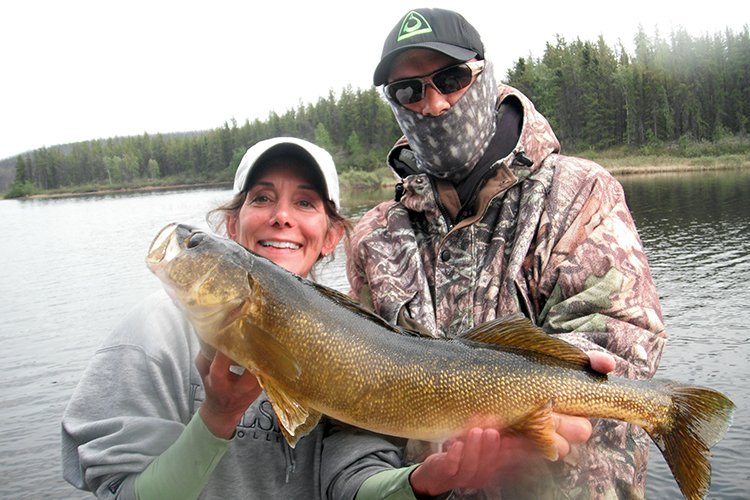 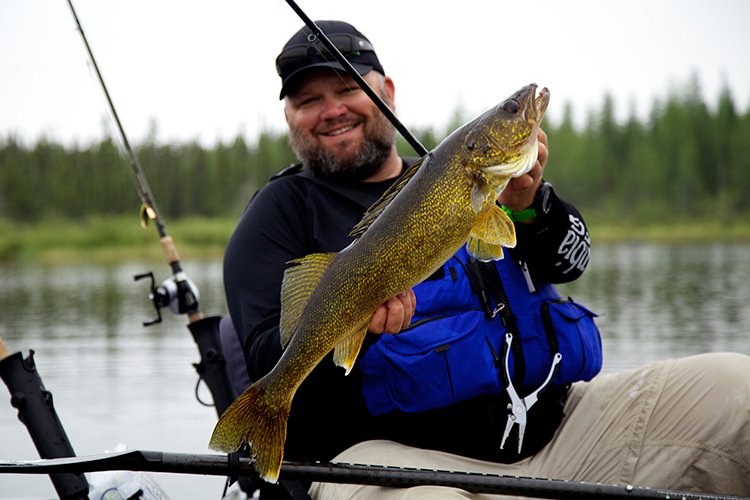 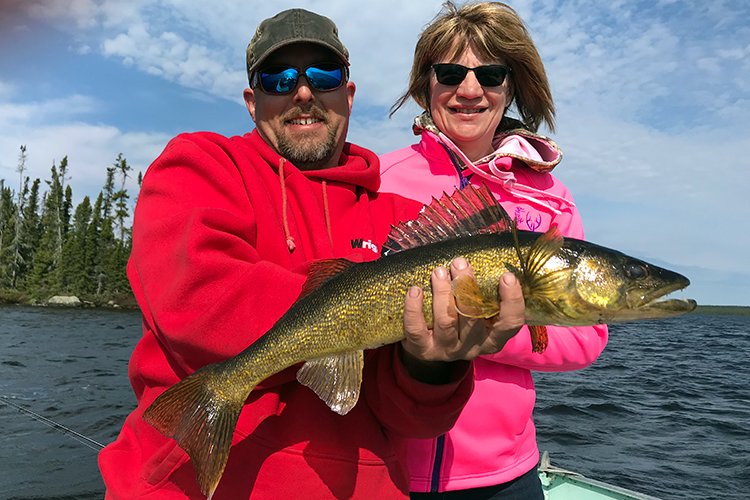 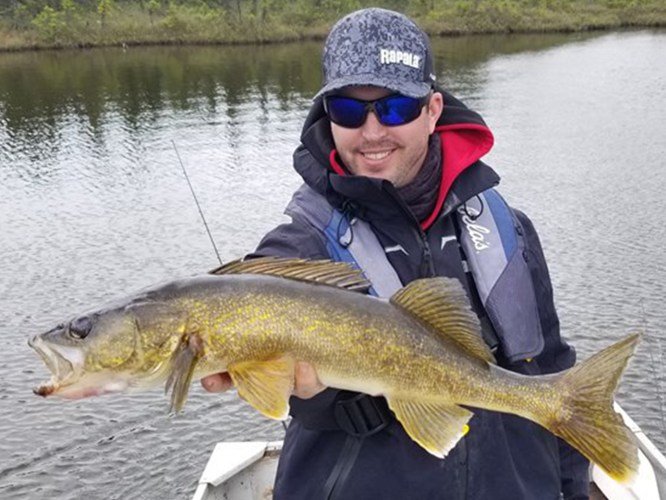